As a super fun surprise for Thanksgiving Nick and I flew Space A to Seattle , Washington. We rented a car and drove to Portland, Oregon to Nick's brother's house. We arrived at midnight Oregon time and 2:00 am Altus time! It had been a 14 hour trip!!! We arrived and surprised Eric, Linda (Nick's mom), and hugged Sister-in-law Sally who had been in on the whole thing! We have had a great Thanksgiving filled with Wii, food, great friends, and lots of family. Below are some of our pictures. We hope everyone had a fabulous holiday. Miss you Mom and Dad..and Maddie says Gobble, Gobble! 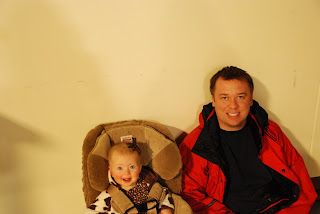 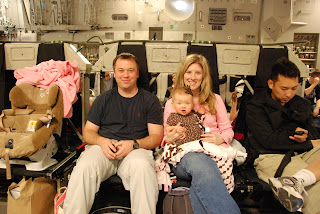 Nick, Maddie, and I sitting on the plane waiting to go on our adventure. 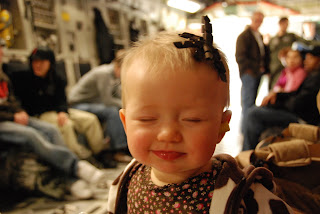 Madeline with her ear plugs ...she didn't even try to take them out! What a good girl! 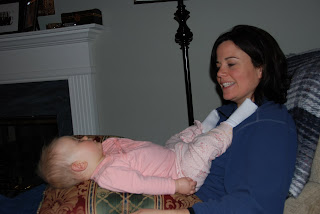 Madeline sleeping with Aunt Sally after her Thanksgiving playing! 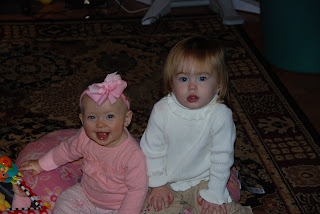 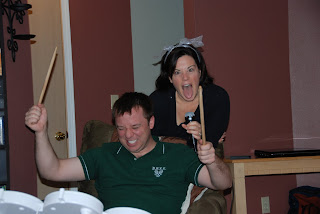 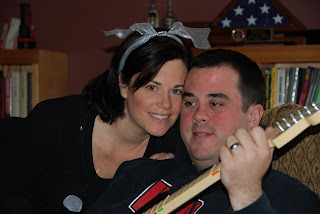 Sally and Eric during the song! 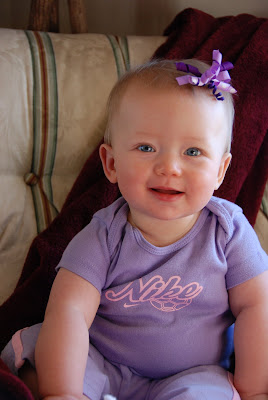 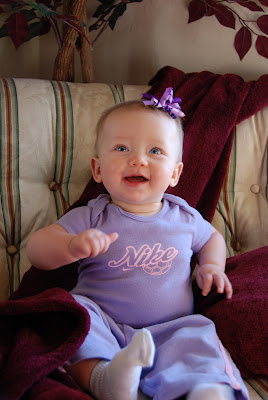