I told Will Tuesday night that Wednesday was going to be W day. His first words to me when I got him out of bed were… W DAY! He was excited. I have really never known a child that loved letters as much and W is his favorite. He looks for it everywhere. So this day I dedicate to William.

We began our day with some heart shaped Waffles. 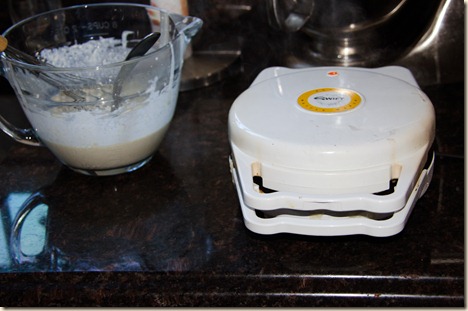 Will ate all his and all of Madeline’s leftovers. 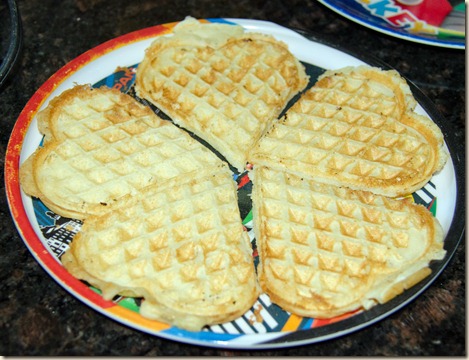 Then after a quick trip to the credit union, library, and grocery we had Wieners for lunch. 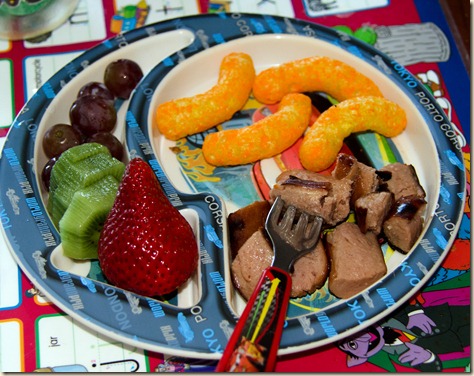 Madeline was demonstrating the proper way to eat your lunch. 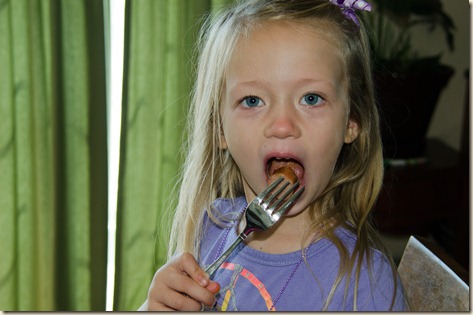 Then While Will was taking his nap we hid 25 W’s all around the house. Yes, Madeline had me take her picture next to ALL of them. 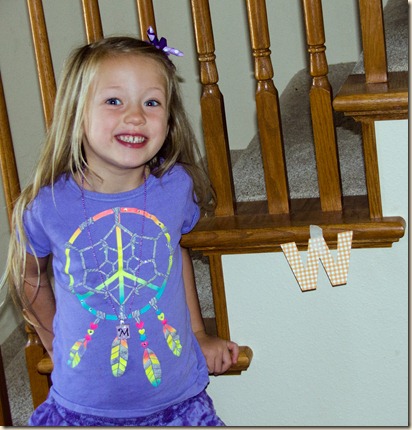 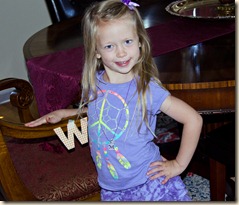 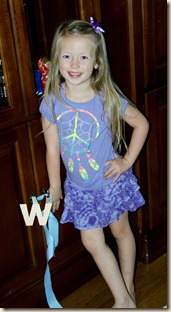 Then when Will Woke up We Were off for the hunt. Madeline liked to point him to each W. What teamWork. 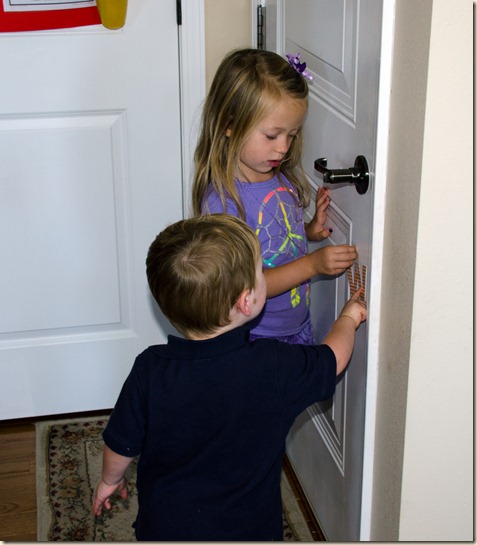 Then it Was time for our Watermelon seed spitting contest. Madeline did really Well. William just ate the seeds. 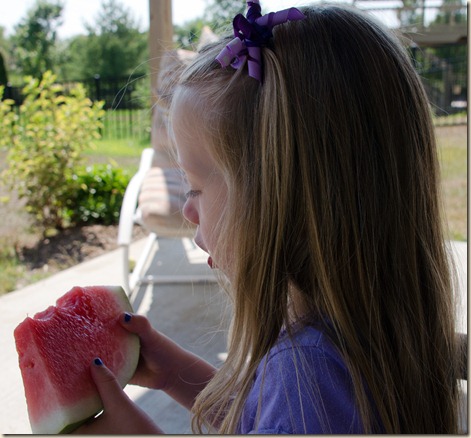 It didn’t seem to bother him. 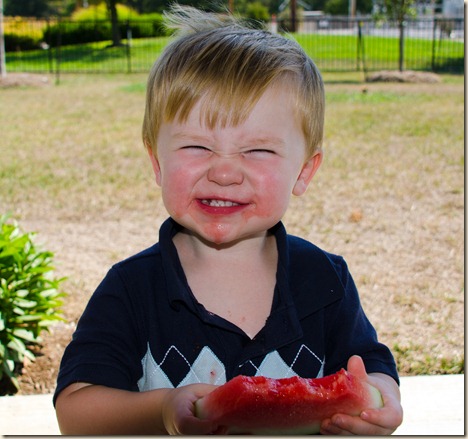 He then kept saying find W over and over again. So I went and hid the W’s again. He Was in heaven. We played this game 4 more times. Tonight at bedtime he told me all about how he found w. I might need to keep those paper W’s incase of an emergency.

After dinner We headed for a Walk on the Walking Trail. Will and Madeline Walked the Whole Way there and back home! 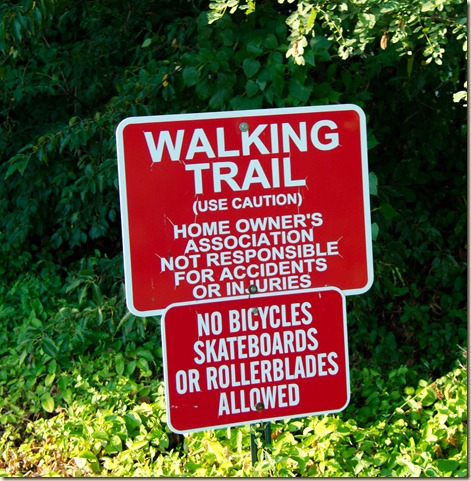 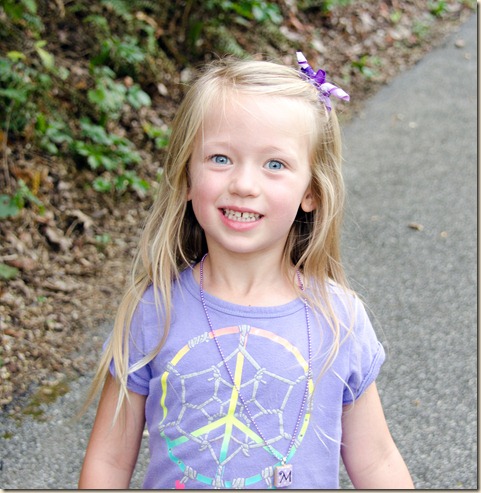 This was the only Wildlife we could find. A silly cat. 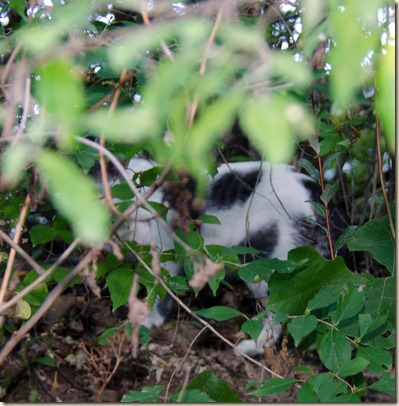 Can you see Maddie Grace Way up ahead? They sure started out fast. At least they started to Wear down and I could catch them. 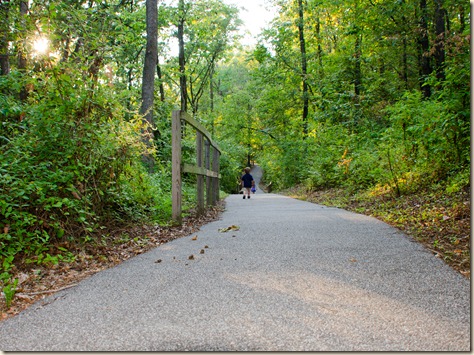 Then We came to the steps and Will’s favorite thing, ROCKS! He just wanted to stop and sit on each step and pick up rocks. He had 5 in each hand at one point. Finally Madeline and I just sat on the step and let him play for a bit. 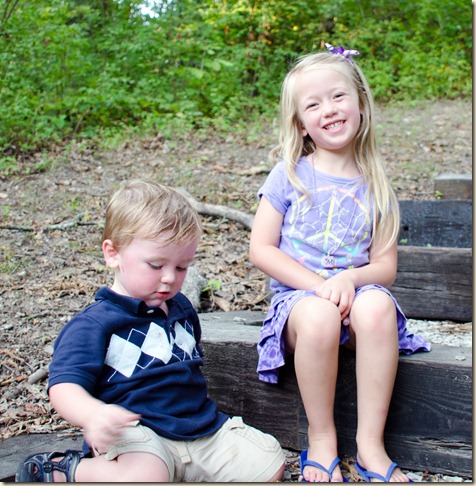 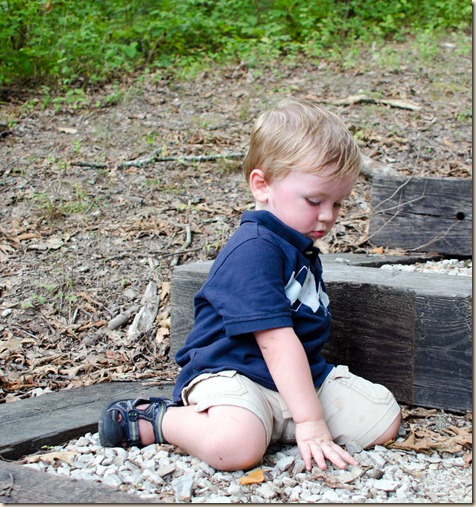 Then When We finally got down the stairs and back up the next set he stopped at the top and just sat down. I think he was trying to throw all the rocks down into the stream. Finally, a bribe of popsicles at home got him moving again. 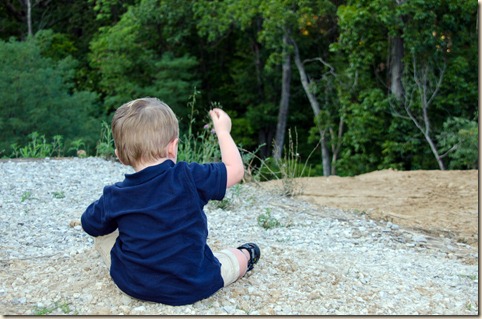 It is Way late and time for this Women to go to bed. I don’t Want to be a Witch in the morning. We are almost to the end of this ABC adventure. What a fast summer!

V Day was a filled with Various activities. It was the end of my Vacation. I had just arrived home from Dallas and we jumped right back into our routine.

Mostly we just Visited about our time apart and Madeline told a few Very Vivid stories. She even illustrated a few. 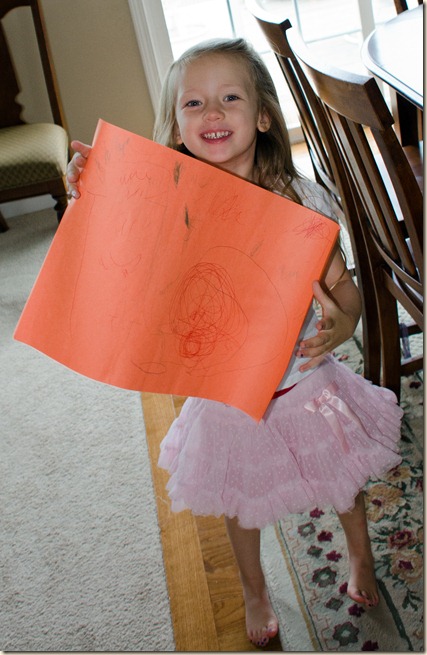 Will wasn’t Very sure he wanted the Grandparents to leave Mommy wasn’t as generous with the TV watching. So he had to color Various pictures. 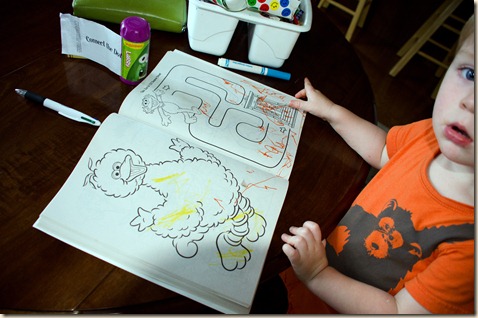 We did end up making Valentine’s and sending them to a few friends and I even worked on our September Vacation. Madeline helped me start our Vacation scrapbooks. So I think in the whole ABC summer V was the least thrilling. We did catch up on some Various ABC activities we didn’t finish. But this guy didn’t mind. He ate all his dinner and crawled over and finished Madeline’s. 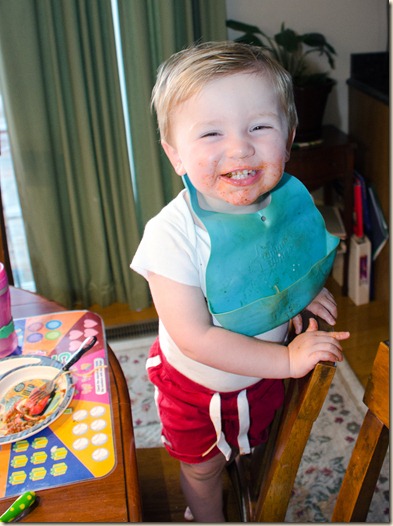 How could you not kiss that face off? Yes, he might be a Victim of too many Mommy and Sister kisses. 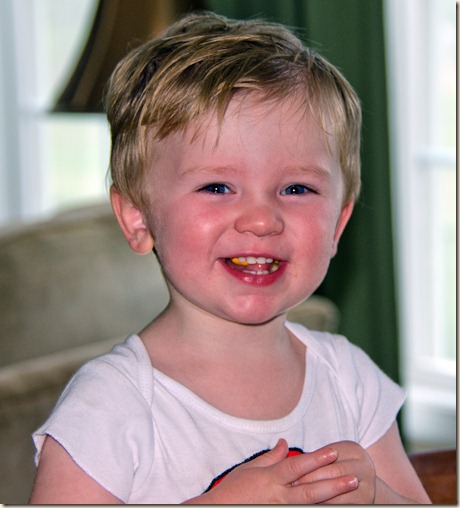 I am Very exhausted and this Valuable post must get finished before I Vanish off to bed.

As I headed off to my MOPS (Mothers Of Preschoolers) Conference in Texas… Linda and Andy arrived to give Nick a hand with the children.  Here are a few pictures of their time together.

From what I heard there was lots of popsicles, park time, the answer yes (very few no’s), Chick-fil-a, zoo time, walks, new toys from Toys-R-Us, and a bit of spoiling. 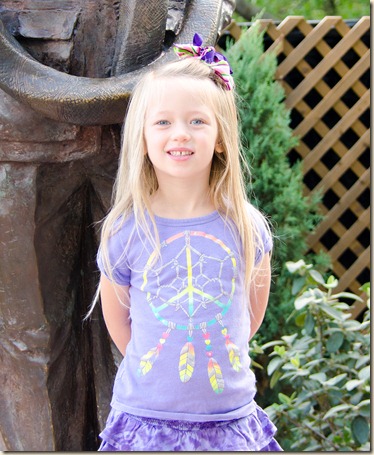 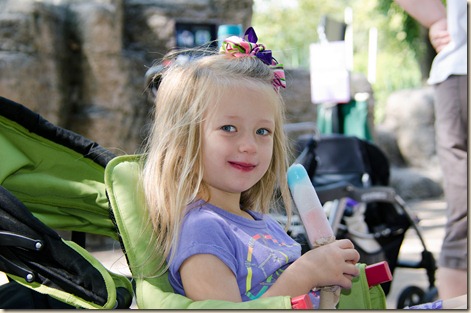 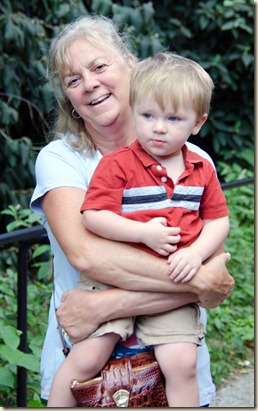 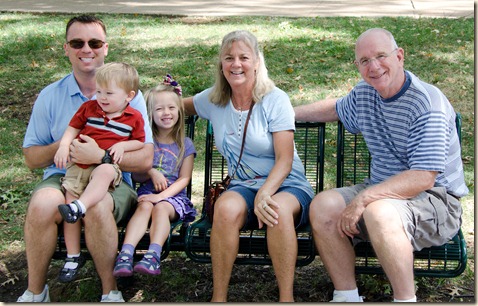 This picture sums up William. He is always picking up stuff and throwing it! 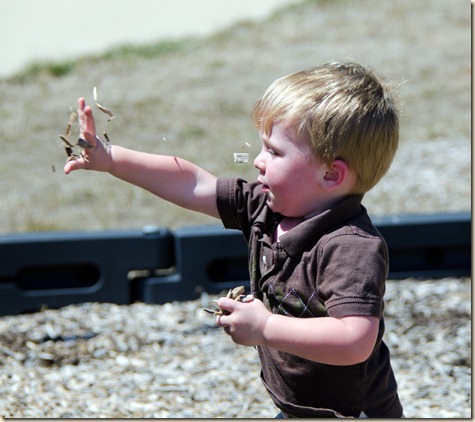 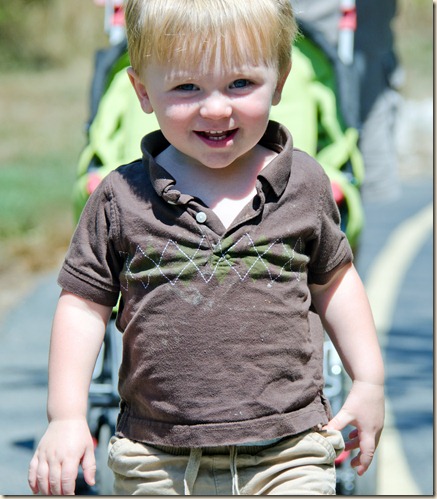 Oh how I wish I could have heard that conversation… 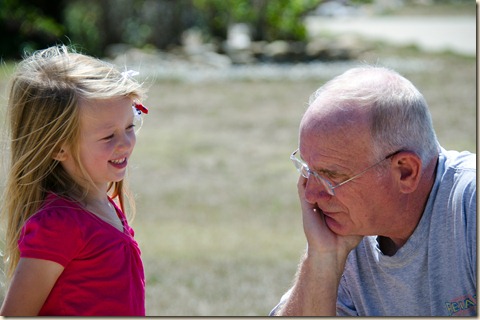 Thanks for coming to stay in O’Fallon. I had a great time on my trip and it was nice knowing that there were 3 adults taking care of my wild ones.  I think they might be ready to send me away again.