Saturday was Madeline’s first Mighty Ball Soccer game and practice. They do 30 minutes of practice and then a 30 minute game. We have a fabulous coach. He is named Paul and is the chaplain at Scott AFB. That is not his real hair in the pictures. It is a crazy hat he wore so the kids could find him. Madeline loved the practice and then came the rain so no game the first week. The kids decided they were going to be called the Smurf’s because of their light blue team color. Nothing like watching some 3 year olds run around chasing the ball! 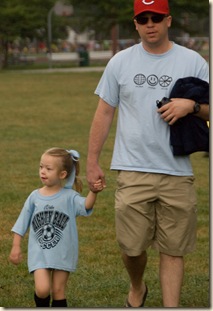 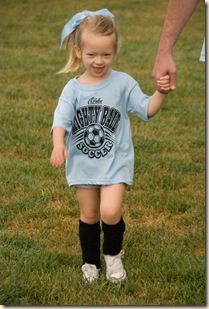 Madeline and Nick walking out to the fields. 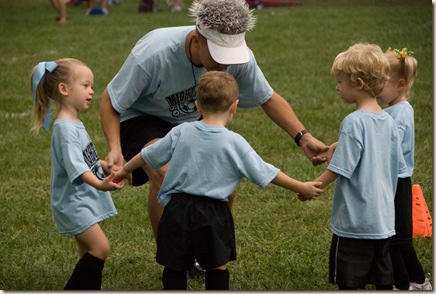 First team huddle. (There are really 3 boys and 3 girls on her team a few were running late.) 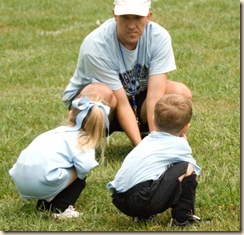 Talking about our game plan. 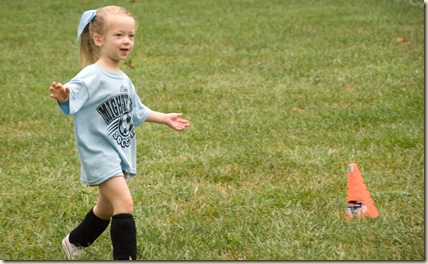 Champion of following the leader. 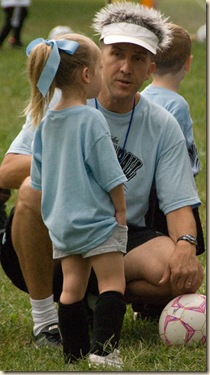 A very serious conversation right before the rain began.

A sign of a true athlete = hands in the pocket.

After we got back to the car she asked Nick and I if she could wear her uniform all day. She was very proud of her outfit and can’t wait for next Saturday.

Yep, this is what Madeline picked out to go meet her soccer coach. I think he is going to be worried. 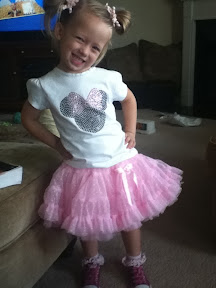 - Posted using BlogPress from my iPhone

Will loves to play Peek A Boo with the curtains. Ignore the last 5 seconds of this video. Will gets so excited that he throws up. Let’s all pray he grows out of that! Hopefully one of these days I will learn how to edit my videos. 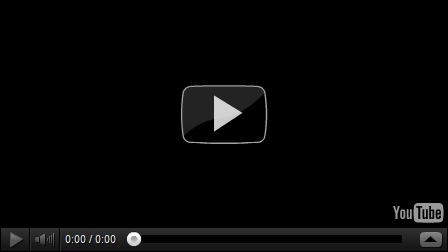 Peek A Boo
Posted by Julie at 6:29 PM No comments: