We do have some of the best friends here in Altus! They are the kind of friends that you don’t care if they come over and you are still in your P.J.’s and your house is a disaster. Because they are just that kind of friend. Anyway, today Natalie had Isabella’s goodbye Binky party. We headed out to a field (so our balloons wouldn’t get sucked into a plane) and helped Isabella say goodbye. Mostly the girls wanted to play chase! Go figure?  Then everyone headed back for some fun and we were joined by Eva and Violet. I forgot to take pictures of that excitement. 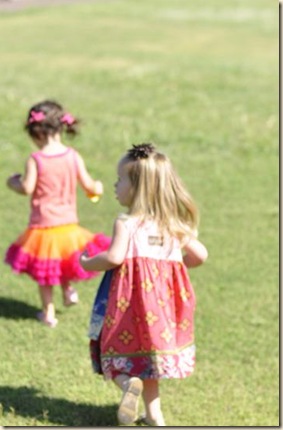 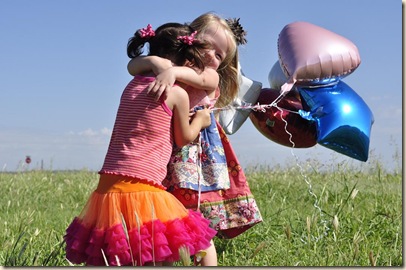 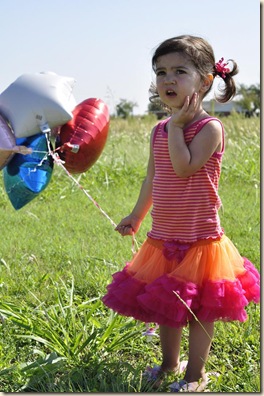 Isabella isn’t too sure about this!

Isabella, we know you will do great as a BIG GIRL!

Yesterday Nick had his Fini flight in the KC-135. Let’s just say the day did not disappoint and was very action packed. Only Nick could have such a nutty last flight.  Here is how it was supposed to go…. Nick was supposed to be flying to Wright-Patterson AFB to pick up passengers.  This would give him time to run in the terminal and say hi to his family. They were all going to come out to see him on his last flight.  Well, this is how it really happened… on their way to Wright-Patterson the jet caught on FIRE! Yes, FIRE! Nick said it wasn’t that bad and didn’t even tell me about it until I heard from another guy! He said he didn’t want me to worry. Anyway, they had to quickly return to Altus. Another plane ended up doing the flight and Nick had to call his family and cancel. Nick’s crew ended up doing a different mission. The only bonus thing was he did land earlier at Altus for the big spray down. The tradition is to spray and dump ice water on the pilot to celebrate their final flight. Nick will not be flying on his next assignment. It is a staff job so this will be it for flying for awhile. I can’t imagine Nick not flying and having a normal schedule with no early morning flights or night flights. I made little chocolate airplane suckers to pass out and Madeline was very excited to ride the bus out to the plane.  They even let her pretend to marshal the plane into it’s spot. She is still talking about Nick getting sprayed. She thought it was CRAZY. Her eyes were huge the entire time! 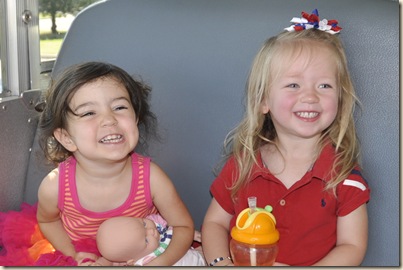 Isabella and Madeline riding the bus out to the flight line. 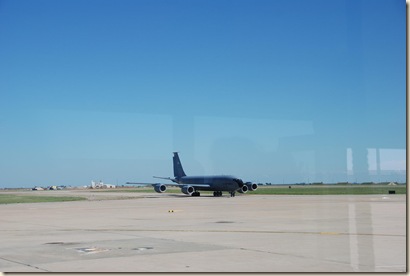 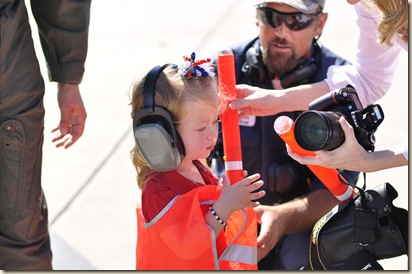 Madeline getting her marshalling gear on. She was very concerned about the headphones falling off. 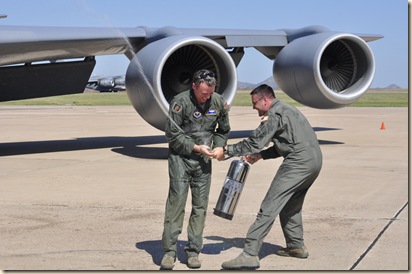 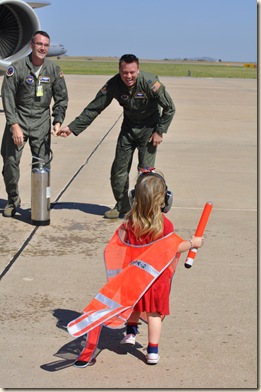 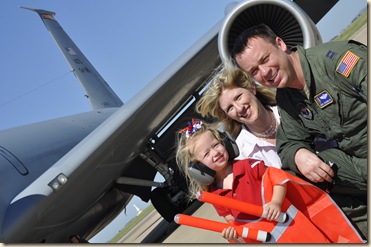 Here is the family in front of Nick’s plane! 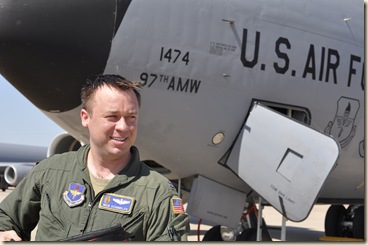 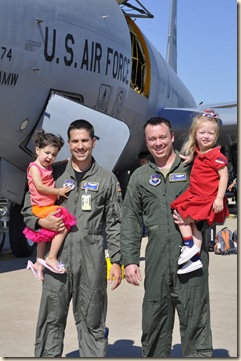 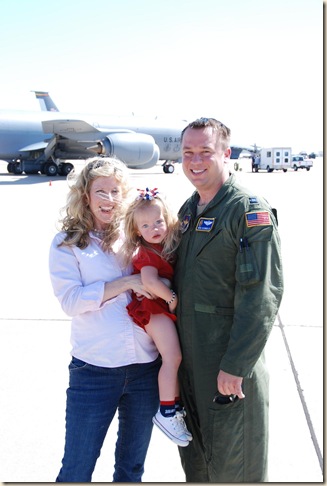 It was just a wee bit windy out there! 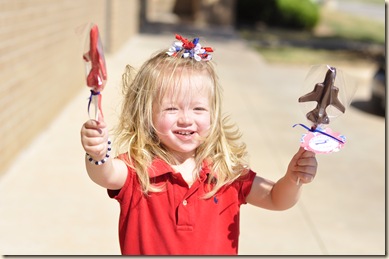 Madeline with the suckers we were passing out. Sorry Ohio people, we had sent some for you!

What a afternoon. Thank you Shaub’s for making it sooo special. What in the world will we do without you guys? Thanks for taking such great pictures Natalie!!!!